There are times I think you hate me.  There are times when I feel thankful for your considerable weight.  Moments when the scent of your oiled mechanism, when I open the door to untangle stubborn thread from the cage that encircles your bobbin, is so potent yet so welcome.

The story of how you were acquired is to me cherished family mythology: my mother, driving, was once struck by another car.  An insurance payment for the damage went not to correct the dent, but instead brought you into our lives.  You impressed us with your newness, your computerized components, and our ability to program you, if only we understood how.

You who sewed a winning ice cream sandwich costume.

You who foiled my brother’s attempts to repair leather car seat covers, despite the specially purchased needles.

Who passed semi-frequently from my mother to her sister at rest stops on the New Jersey Garden State Parkway, both of whom would take you home with good intentions, and then accomplish nothing.

You with not a single actual opinion about me -love or hate- but much to say about denim.

We think we can do more with you than we are realistically able, but just having you in our possession inspires us to dream.

I was never one for new year’s resolutions. For one, contemporary culture convinced the younger-me that resolutions were a fiction of the sort that also brought us unicorns and guilt-free candy. For another, the new year often rushes up and rolls over before I’ve time to contemplate what went and what’s to come.  Third, I’m not sure I completely believe in the concept of a year as I’ve learned it!

In 2010, however, I caught the resolution bug.  Maybe it was starting that 101 list back in 2009 but, somehow, writing an idea down and telling people about it became to me a magic of the sort that also brings us natural impossibilities.  I became addicted.

For 2012, I haven’t yet had the opportunity to form fully realized thoughts beyond what can I eat next or is it bedtime yet, so I can safely say I haven’t settled my resolve for the coming cycle of sun and moon. Thus, to buy myself some time, I’d like to share my annotated 2010 accomplishments/attempts (as described in a different digital journal.)

Growing up, my family celebrated Kwanzaa, not Christmas, so I generally feel like an impostor when the wreaths and red ribbons start appearing in our neighborhood grocery stores. My eyes fix on the tempting displays of “stocking stuffers“, on the glossy, classically-colored covers of Martha Stewart magazine, on the Trees of Boston calendar I consider each year but never purchase -yet I understand it’s not quite Christmas I seek to experience.  It’s marking the season; collecting the still-green elements of the natural world into my home, as well as gathering tokens of affection for family and friends.

Compromise (the “spice” of adulthood) is -for me- dipping into the decorating (holiday cards posted over the entry to our kitchen, a handmade ornament dangling from the maw of the wooden cod centerpiece in our living room), celebrating the holiday with my partner’s family, dancing to Ziggy Marley with my nephew, and many moments breathing in the not-quite-cold-enough winter air while watching the sun play at the edges of everything natural. Compromise, for me, is recognizing and graciously accepting what modern American Christmas offers –boundless opportunity– without buying into what our modern American (secular?) Christmas appears to prescribe (consumerism, tense family moments, traffic, sentimentality.)

I realized recently that one of the biggest differences between my life in Jersey and my life in Boston is the time I spend outside. That is: in Jersey my days consisted of moving from house to car to building to another building to car to house. Since I arrived Boston-side back in 1996, my hours in a private moving vehicle dropped dramatically and my time spent walking (quite fast from class to class, fighting through the wind on Boylston and Tremont Streets) spiked.

For a long time, when visiting Jersey as a fully grown (so they say) but car-less adult, I couldn’t decide what was missing in my day.  Then, finally, it hit me: not enough time outside. Now, when I’m spending a day or two at my mother’s place, I’ve added sitting out on her back deck to my morning ritual. Just like Boston, no matter the weather.

The photos below, snapped by my partner, are favorites from last weekend’s visit with friends in Purchase, New York. As you can see, we weren’t deterred by a little drop in temperature!

Interrupting my peaceful Friday tradition of posting a single image to instead bring you much-requested instruction.

To my surprise and supreme amusement, one of the terms I see often in the “Top Searches” section of the stats at the back end of this blog (which you can’t see) is “how to say the name phoebe.”  So, in English (sort of,) this means that people who type the above phrase into their favorite search engine could very well end up perusing the humble posts of Whole Heart Local because, yes, my name is Phoebe.

Or is it?  Therein lies the question.

Okay, some history: back in the summer of 1978 a kid, this kid, was born to two pleased parents, a perhaps less pleased older brother, and a host of grandparents, cousins, aunts, uncles, family friends, etc.  A name, a very singable name, was bestowed upon her small, chubby form that would, forever going forward, confound/ delight all with whom it came in contact.

That name, Phoebe, also purportedly graced a Greek, Christian woman of the Bible; a bird; and a late, famous singer, among others.  However, unlike the moniker for the historical figure, the bird, or the singer, my Phoebe had a unusual pronunciation.  As told to me by my parents, this pronunciation is specific to Africa, more specifically, Kenya.  Oft told by me, I have yet to meet a Kenyan, or even another human, with my particular pronunciation.  (And may it remain throughout my life that I continue to avoid sharing my name!)

So, without further ado (because you’ve suffered enough), please read below for variations on how a person might pronounce my name.  Although the first is most common, all of these fall within what I consider to be an acceptable realm.

Below are pronunciations that are NOT my name: 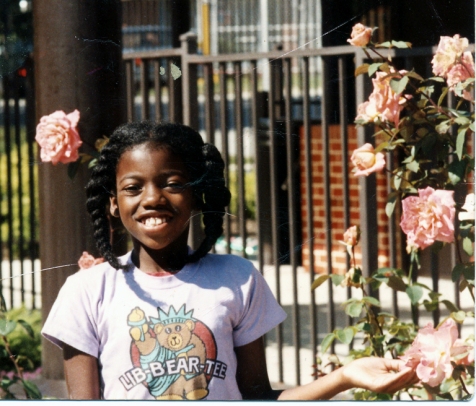 Recently a friend asked, quite innocently, “How many pairs of leg warmers do you have?”

The answer: um, many.

It’s true, I have at least six pairs rolled neatly and stored in my closet. I used to own more, but I finally deemed a few sets “excessive” and sent them packing to the thrift store to entice some other eighties/dance-fashion refugee.

What does this have to do with holiday excess? Well, as I don my leg-warmer-pair-of-the-day and set out on bike, I consider who is left on my holiday list and how I should treat them to my love this year. The problem is, we all have so much stuff! I mean, do I really need six sets of leg warmers, three of which were gifts from friends?

My dilemma-of-the-moment is what to give my friends -all of whom are working adults- when I know most of us have houses a-burstin’, but I also don’t have the time or energy to craft, or even bake, gifts? Cows, goats, geese, and rabbits are enticing (or tasty, depending on the families who receive them), but giving a gift that can’t be touched doesn’t exactly satisfy my desire to collect the bursts of good will that come from giving something tangible yet thoughtful.

If this is something you struggle with, how are you solving holiday-gift-excess in your life?

On July 4, 1988, I received my first camera as a birthday gift.  I was ten.  It was a gray and pink Polaroid Instant, with which I took many over- and underexposed photos.

In the 1990s, I discovered disposable cameras.  Many terrible, dark, blurry, and overexposed photos ensued.  Once in a while something worth a second glance.

Six or so years ago, I received my first digital camera.  It was a Canon Powershop “point-n-shoot.”  The number of photos I took in one sitting skyrocketed from “a few” to “hundreds.”

Seven years back, I started snapping candids at work using the office Canon Digital Rebel EOS SLR because no one else had the time or inclination.  The agency’s digital photo library became significantly plump.  A new network server was purchased for increased storage capacity.  Might have had something to do with me.

Three years ago, I bought my second digital camera (another Canon Powershot) used from a college-age man who invited me to sit down at our bus stop meeting location as though it was his office.  He was very polite but hesitant to admit, yes, he had dropped the camera once.  But it was working fine!  The camera came to an unceremonious end (i.e. one day, didn’t turn on.)

Over the past year, I’ve marked the deaths of the above digital, a second digital borrowed from family, and a Canon Digital Elph work camera (cameras + preschool = no-camera.)  And this year, I’ve taken up shooting with film, using a (on permanent-loan from my father) Canon Rebel SLR film camera.  Lo and behold, I love shooting with film, again!

To illustrate this point, a video:

{this moment} – A Friday ritual (joining Soulemama.) A single photo – no words – capturing a moment from the week.

This year, I had the idea to convert Black Friday into a crafting/reading/writing day. Instead I took a nap.

If I hadn’t been so exhausted by the week’s earlier activities, I might have answered the call of quilt, book, holiday cards, novel-in-progress, or blog. In my younger years, I participated in cruising shopping mall parking lots for that elusive empty space, bleary-eyed scanning the piled boxes of new electronics, hunting for something good (and cheap) that may or may not exist (or actually be cheap.)

Since moving to Boston, I’ve adjusted my habits from participating in events like Black Friday (or Brown or Green Saturday) to devoting my teeny holiday gift budget to farmer’s market finds, craft fairs, and local, independent shops. Certainly, this marks a change in my values and capability (um, can’t haul a TV home in my panniers and IKEA is too far to bike) but also I’ve realized that the true appeal of shopping at 1 AM wasn’t the shopping, it was the togetherness.

The goods, the economy, that tiny surge of purchase-conquest -I’ve realized that none of these marked my true reason for braving the money-slinging hordes. It was sitting in the back seat of the car, my mother and brother up front, music on, street lights flashing by, headlights and tail lights of approaching and passing vehicles reflecting on all our faces.

This past Friday, I continued my true tradition: pulled on my shoes, hoisted my reusable shopping bag and bleary-eyed from my nap, set out on a walk down the ave with my closest available family –my partner.

How did you fare this past Friday -what color did you paint it?